Dr. H. James Birx is professor of anthropology at Canisius College, distinguished research scholar at the State University of New York at Geneseo, and distinguished visiting professor in the Faculty of Philology at the University of Belgrade. He has been an invited scholar at the University of Cambridge and twice at Harvard University. His publications include authoring the award-winning Theories of Evolution and editing the award-winning Encyclopedia of Anthropology, as well as 400 published reviews, articles, chapters, and encyclopedia entries.

Dr. Birx has given invited presentations at prestigious universities and academic institutes from Australia, New Zealand and Mexico to Egypt, Germany and Russia. He has done research at the Galapagos Islands and Koobi Fora in Kenya, Africa (among many other sites). His interests include topics in evolutionary biology and process philosophy. Dr. Birx is presently teaching biological anthropology, forensic anthropology, anthropology and evolution, and theories in anthropology. He has contributed six new ideas to philosophical anthropology: dynamic integrity, will to evolve, emerging teleology, Homo futurensis, exoevolution, and cosmic over beings.Dr. Birx's cultural interests include movies, music (especially opera), reading novels and global traveling. This year, he has contributed essays to these two forthcoming books: Wagner & Nietzsche (Cambridge University Press) and Humanism, Transhumanism, & Posthumanism (Peter Lang Verlag). 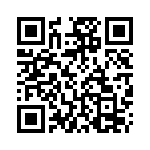